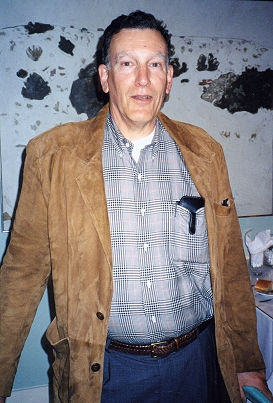 I was raised in San Francisco, Saratoga and Sacramento, California. I graduated from Pomona College and Harvard Law School. After working briefly in New York and Tokyo, I practiced land use and real estate law in San Francisco in the early '70s. In 1976 I joined Hewlett Packard Company in the Government Relations Department. I became Director of Government Affairs in 1981 and retired in 2000 as Director of Government and Education Affairs. I am married to Edie Dorosin Kirkwood. I have three sons and four grandchildren. Edie has three children and four grandchildren.

In San Francisco I was active in the Republican party and in local politics. Then and later I worked on a number of local and statewide campaigns for candidates and ballot propositions. For six years I was a member of the Woodside Town Council. I staffed the creation of the Silicon Valley Manufacturing Group, led the deputies of the California Roundtable, and initiated creation of the Computer Systems Policy Project. During my years with HP, I was a member of five or more business or public affairs oriented association boards and committees simultaneously, and usually chaired two or more.

My return to education began in San Francisco in 1975 as a member of the Riles/Roth Commission. In 1990 I created within HP a K-12 Affairs Department and a University Relations Department. I chaired a Joint Venture Silicon Valley task force which shaped their eventual K-12 education efforts. On the Board of the Peninsula Community Foundation for ten years and as chairman in 19978, my focus turned more toward the emotional and social issues kids bring to school which impede their development and burden their teachers. Today my interest in early childhood emotional, social and intellectual development centers on my roles on the Board of Kids In Common and as President of the Bella Vista Foundation.