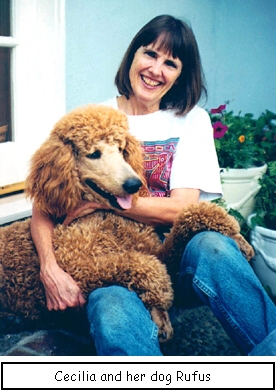 Working life since '62: After a year’s delay, my first real work with a paycheck began, with few interruptions until this day. I work as a music teacher. Started off in an elementary school on an Air Force base, then settled into teaching at the college and university level, beginning at Lowell State College, Mass. Mixed into those early years in Cambridge and Boston were part-time appointments as choral conductor for the Radcliffe Freshman Chorus, and Assistant Conductor for Harvard Glee Club and Radcliffe Choral Society. In 1969, with husband and two young sons, I moved back to Los Angeles area, started a piano studio and did some part-time teaching until accepting a position at CSU Dominguez Hills (1972-1998). I taught regular music subjects and music education courses, plus children's classes on Saturdays. Some years it felt like a full time assignment; other years I was able to go back to school or be a "Mom.” Recently I moved from my 30-year home in Palos Verdes to Pasadena and took part-time teaching positions at CSU Northridge, Glendale College, Pasadena City College, and Pasadena Conservatory of Music. I'm only at the latter two institutions now, happily mixing my teaching of college students with teaching music to very young children. I had thought my “career” would be as a choral conductor/music educator; but instead I’m an "Early Childhood" music specialist. Only sing for the kids. Rarely do I conduct. Starting to play piano seriously again, however.

Most memorable experiences: The broad way to write about memorable experiences is to say that they involve the extraordinary places where I've lived. First I lived in the incredibly musical environment of Cambridge, Mass. Then I lived on a beautiful hillside, canyon-side home in Palos Verdes. Starting in the mid-1980s I also spent eleven summers living in a London apartment. Now I have a home in a very exciting and musical city -- Pasadena. Add to this list the memories of the family camping and back-packing trips, mostly in the California desert and in the Sierras, and two return-visits to New Zealand in 1989 and 2001.

Pomona experiences still important: All the musical and social experiences are still important to me. The musical ones were initiated by my wonderful associations with Bill Russell. The extent of his influence on my life was brought home to me a year ago last summer, when I joined with Pomona singers in Santa Cruz to memorialize Bill Russell's life. Not only did he guide me with wisdom and humor during those four years of college, but he sent me straight into the arms of another incredible community of musicians at Cambridge. There I conducted choruses, sang in beautiful choirs, learned how to teach music to children. . . Somehow Bill Russell knew where I was going, even if I didn't.

Favorite Pomona teachers: Bill Russell. I've just explained why. Other favorites include Russell Sherman, my piano teacher for three years, and Margery Briggs, my voice teacher for four years. It is difficult to express how close one becomes to a singing teacher, a piano teacher. But studying music privately is an intimate as well as intimidating experience. They helped set my standards and created my life-long preferences for lieder, opera, and the piano music of Beethoven. Because of them, concert-going became a way of life. Remember The New York Pro Musica? Glen Gould? Dietrich Fischer-Dieskau? Although my concert-going habits were interrupted for several decades, I have resumed them, attending live performances by the LA Philharmonic and LA Opera. Leonard Pronko is another favorite professor. His insistence upon a perfect French accent and a love of the city of Paris from the onset of First Year French – these influences have stayed with me. I have followed his career and have been inspired by his accomplishments in ancient Japanese theater. I want to mention Mr. Learnihan, who frightened me to death (nearly), as did Karl Kohn, on the occasion of a first harmony assignment (my first "F"). It is so reassuring now to know Karl Kohn as a friend! I feel honored to be on friendly terms with Jeannette Hypes, and with some of the new members of the Pomona department of music.

Future: I think I'm on a good course now. No retirement yet. I'm teaching about as much as I want, and I'm living in a great city. I’m finding new friends among groups of amateur dancers and, as a beginning dancer, indulge myself in weekly classes in Scottish Country Dance and international folk dance, with some ballet and yoga. This physical outlet stretches my body and my mind, and provides therapy to balance the sad parts.

I look forward to travels in Denmark and Norway this coming August, to my younger son's wedding in September, to closer ties with both sons in the SF Bay Area and with my sister's family in Oregon. In the future I might enroll in college classes, learn to be a gardener, read more, spell better, and master this word processor. I hope I'll become a more spiritual person, and give back to those who have given so much to me. And I'm looking forward to seeing everyone at our Class of '62 Reunion!!