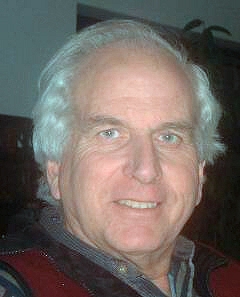 From the Kingston Trio to the stories of the sit-ins brought back by our classmate who attended Fisk College, our four years, forty years ago, were anything but Ivory Towerish.
There were many moments of humor, but my favorite was Dave Self's gentle way of asking for attention in a class meeting, then remarking, "I like attention." There were moments of stupid machoism as we weighted and measured in the Frosh ladies … the good new is that the tape measure was not accurate and no one cared about the stats after.

We did not mind getting dirty in the wash in the mud hole, and we didn't dodge from being brilliant as our College Bowl team led by Dallas and the others brought honor to the Oxford of the West! There was stability in Dean Beatty and Dean Walton, and somehow Mrs. Throne knew how to keep the whole school in order from her vantage point in the Coop.

Professor "Mr. Forget the Meeting" Carroll had more charm than the entire Greek civilization had insights. And yet he could also be profound in suggesting our Sophomore use the theme "Oxyclops." Believe it was Steve Spaulding who actually worked the mechanism to thrust the spike into the buck of red dye and flower water as we pulled the float down College Avenue.

For some reason, I was not rushed by the KDs, so several of us got to start an anti-fraternity because Dean Beatty had found an extra basement room near Frary Hall. Yet I secretly admired the life and traditions of the other frats. Nevertheless, the spirit of ZXS lives on in my bones as I value the unique talents of our community. I miss Terry Baker, am glad John Swanson (Otto Liljenstolpe) is continuing this ministry, and hope one of these days to see Gomer, Dean and the others again.

As much as I'd like to be with you all at our 40th, it will not be possible, as it is a tad far from Munich, Germany to Claremont. I'll be hoisting a Weissbier for you folks. If any of you come this way, please let us know.

Following our time together, I spent a year in Germany learning German and working in a Lutheran Conference Center. The next summer took me to Sweden to visit our classmate, Urban Ungerstedt, and after several years I ended up marrying his sister, Lena.
Lena went on to get her doctorate at BU with a focus on gerontology.

Our daughter, Sophia was a Tribute, graduating from PC a couple of years ago. She is now fascinatingly engaged in research at Tuffs Medical School in Boston. Our son Carl is doing his medical studies in Sweden at Karolinska and living with his uncle, Urban.

Am not sure if Urban will get to writing a note for our reunion, so I might mention he has been a Professor of Psychoneuropharmachology (what a mouthful) at Karolinska for many years. And he has single-handedly created the field of Micro-dialysis. He also sits on the Nobel Committee in Medicine and if you look closely at the annual awards ceremonies in December, you may see him sitting among the committee back of the speakers.

About two years ago I remarried a German. Elisabeth Sundrum has had many years in leadership positions at Siemens, most recently as MD of a joint venture with Corning and Siemens to produce fiber optics. She and I have been consulting together around themes dealing with corporate culture and values. It is an essential topic, but there is a slow but growing need for these types of services. She's also published a number of articles that can be resourced at www.ecultureteam.com. She has a wonderful talent in coaching top executives an in thinking through what German companies need to do to open up their own entrepreneurial energy.

During my seminary education at Andover Newton in Boston, I took two years out to spend in Europe. The first was in Prague between 1965 and 1967, well before the Prague Spring time, although I could see signs of this already developing. Had hoped to spend a second year, but the authorities suspected I was an American spy and did not allow me to renew my visa, even though I actively fought to stay. On the evening before I left, I saw in Czech in a Czech theater Kafka The Trial. It was fascinating to read at Pomona, but when one just lived through the whole experience, it had a much different quality. As it turns out, Prague had been part of the Austo-Hungarian Empire. The bureaucrats were far enough away from Vienna so that they developed a tradition of deciding things in their own arbitrary ways.

Heard that the Jesuits had a scholarship program for Protestants, so I ended up applying for their PhD program in Philosophy at Boston College. I wanted a philosophical foundation for understanding Marxism, and believe it or not, the Jesuits were more into Marx than St. Thomas at this time. I never did find the Protestant scholarship program, but nevertheless finished my degree, then went to work for the Massachusetts Legislature's Commerce and Labor Committee. You figure it out. In any case, I learned a lot about business, labor unions, workers comp, economic development, etc.

After four years in the State House in Boston, I joined a Scandinavian management consulting firm (SIAR) where I bounced back and forth between Boston and Sweden for the next four years. Then I joined a California consulting company working with activity and data modeling (you figure this one out also), and lead a major project for the US Air Force Logistics Command to identify and improve the way they bought capital equipment. The politics between the HQ and the bases ensured we could not be successful (the bases did not want the HQ in Dayton to catch onto their little games), so I got a dressing down for our failure, but those are the breaks.

My seven and a half years at Digital were exciting and challenging. Digital, like Pomona, was full of bright people and with whom it was always possible to have a deep discussion about a lot more than technology. My first task was to write a book on CIM, computer integrated manufacturing. After two years, I published the book now entitled, Fifth Generation Management, Co-creating through Virtual Enterprising, Dynamic Teaming and Knowledge Networking (1990 and a revised edition in 1996). To my surprise and delight, Tom Peters named it his business book of the year in 1991. [The amazing thing is that when I arrived at Pomona I could neither speak or write, an thanks to a lot of patience from two professors, I learned public speaking and basic composition].

As Digital was heading south in the mid 1990s, I formed my own company, Knowledge Era Enterprises, Inc. in 1994, and have been busy consulting ever since, and now together with Elisabeth. In whatever assignment, our theme is the transition from the confining notions of the Industrial Era to the humanly affirming possibilities of the Knowledge Era. In a sense, and by way of rationalization, my ministry has been secular in guise, and focused on creating a work environment where people can be open and authentic in their interactions. Certainly, much of my earlier thinking began during our years together.

We flirted with the dot-com era (more me than Elisabeth). We are now focusing on the business, organizational and leadership issues/opportunities made possible by the development of Web Services (XML - eXtensible Markup Language, SOAP, UDDI and WSDL, etc.). What the world could not do with HTML will be done with XML, as it allows application-to-application integration over the Internet. We are in a quiet time where everyone is afraid of the next wave of hype, and yet at least the technological foundations for some interesting developments are being laid rather quietly.

Even though I've been rather silent, I have appreciate Janne's hard work in getting all our email addresses and keeping us in contact. Good job! And I know the reunion planning committee has put together a wonderful program, just know we will be their virtually. Finally, the four years at Pomona have done me well during these last 40 years and I continually find resources, insights and inspiration in our time together. Thanks everyone for being a wonderful community!