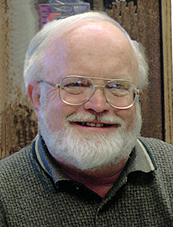 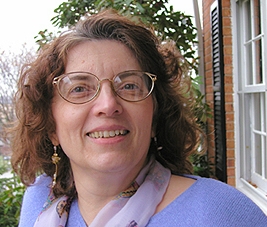 Forty years…. notice how each one appears to get shorter? After Pomona I left the West Coast; my home for almost 20 years, and have never permanently returned. The first stop was Ithaca, New York, for an M.S. in plant physiology at Cornell University. Then it seemed like a good time to return to the real world and I moved slightly northward to Utica, New York, to teach biology at a community college. Three years of that provided the motivation to head back to academia and we moved to the banks of the Raritan River in New Jersey, where I earned a Ph.D. at Rutgers University in ecology. Note that this time it was “we” who moved. The best part of my upstate New York experience was meeting a registered nurse who has been my wife for about 33 years. Linda has long retired from practice…. maybe that is why she looks more relaxed and younger than me. (I took her picture Easter Sunday.) We haven’t been keeping real close score on the anniversaries, but I do remember that we spent our 25th with our two Springer Spaniels, Christie and Bounder, a great pizza and a good bottle of wine. We will probably celebrate the 35th in the same way, but without the dogs, since both died shortly after reaching 15 years old. We haven’t replaced them thus far, and probably never could. We think about adding a new dog or two once I retire from teaching, probably sometime in the next few years. Since we don’t have children or grandchildren to spoil, what better outlet for that basic nurturing instinct?

It is not as if I haven’t had a lot of contact with younger generations. By rough estimate, I’ve had over four thousand students in around 35 years of classroom teaching. One of the pleasures has been directing graduate and undergraduate research students and then following their careers. You like to think that you played some small role in their successes and take pleasure when you learn of relatively few failures.

We came to Harrisonburg, Virginia, immediately after I graduated from Rutgers in 1972 and have been here ever since. Professionally, I have spent the last thirty years as an ecologist. I presently teach introductory, landscape, community and non-majors ecology courses. Over the years I’ve worked with research students on several projects including fire ecology and forest succession in Shenandoah National Park. More recently we have been studying the uptake of mercury into plants, animals and atmospheric dust from contaminated soils on the South River flood plain at Waynesboro, VA. I took a brief excursion into administration as Acting Department Head and several years as Assistant Department Head. Right now I am doing as much as possible to get off that year round trip and my major present administrative role is as Undergraduate Biology Academic Coordinator.

I don’t get as much time as I would like at present for general reading, play/concert going, hiking and the like. We have been able to spend a couple of weeks at Wrightsville Beach, near Wilmington, NC, each of the past few years and intend to increase travel time in the future. That, and a lot of home and garden backlog, loom on the horizon, both in the upcoming summer and also in the long term. We will probably keep a house in the Shenandoah Valley as a base camp after retirement, but hope to spend a fair amount of time elsewhere. I have no intention to stop working completely in the near future. I may pick up on a couple of writing projects that have been on hold for years, volunteer somewhere, or teach occasionally part time.

Have a great 40th reunion. I would really like to have been able to get back to Claremont again and see everyone, but we just couldn’t schedule it this year.