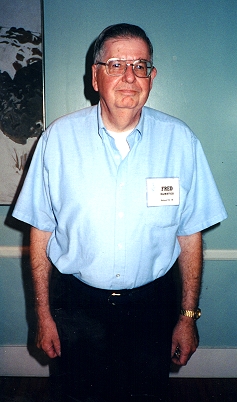 Real life began in 1972 when Mary Cook Fake became my wife. She has never understood the words "It can't be done," and continues to return my love with usurious interest. We are inordinately proud of our daughters, Joy and Frances, who have left the nest to fly on their own.

Law school, a small unit command in Vietnam, a hardship tour at the Presidio of San Francisco, and several years in the D.A.'s Office in San Diego were followed by nearly thirty years as a solo practice attorney. Keeping individuals, families and auto dealerships far away from courthouses has been my forte.

My special professor was Carl Baumann, who tried to inoculate me against intellectual trash. His well hidden sense of humor would strike suddenly with stunning effect. We had some wonderful evenings over huge salami sandwiches and bottles of Rose D'Anjou at the Centro Basco restaurant in Chino. Other stars in my sky were Harry Carroll, Chen Shou-yi, Merle Goodall, Vladimir Ulitin, and the political exile Houston Flournoy.

Childhood in Berlin, from the first bombing through gradual destruction of the city, its capture, and two years of occupation, left me with a mildly paranoid outlook and an interest in what Russia would do next. This led to the endless disaster of my senior thesis: an analysis of news coverage of the Nazi-Soviet Pact in Great Britain and the United States. I found no publications that reported the truth, became discouraged, even melancholy, and at first refused to finish. The result was a terrible thesis and late graduation. I hope to redeem myself by rewriting it. Meanwhile my deep suspicion of the press remains alive and well.

At birth I held American, Austrian and German citizenship and through my mother and grandfather developed a special feeling for Mexico. However, my inner self seems to be ethnic Czech. Instead of rewriting my thesis I might try to restore the Bohemian empire which once reached from the Baltic to the Adriatic. World peace could become a reality upon the successful resurgence of a people able to make enough really good beer for everybody.

Tom Johnson, Steve Spaulding, Suz Brandfield, and Tom Weinberg are my best remembered classmates. Tom Weinberg, my first roommate, forgave the tyranny of my classical music. Suz endured the 35 cent soup date at the Sugar Bowl and other poverty driven efforts at social life. Tom Johnson was my roommate and confidant for three years and Steve was a fellow also-ran with the College Bowl team. Following Charlie Savage in forming Zeta Chi Sigma was probably my most satisfying accomplishment.

Next to my family, true joy comes from the used bookstore I share with a partner. Finding, buying, and stocking books is a glorious obsession and a relief from the burden of other people's problems. I exist during the week in National City at sea level and live near Julian at 4,700 feet on weekends. "Books! Books! Books!" is in Ramona, roughly in between.

Peace, good health, and may God bless you.