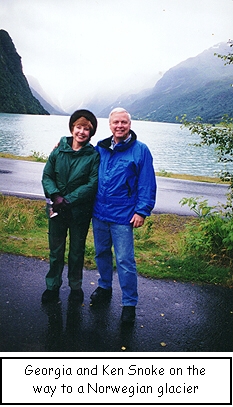 After graduation, I spent a year at San Diego State working on an MBA, before signing up for US Navy Officer Candidate School at Newport, RI. After being commissioned as an Ensign and attending a school in minesweeping and diesel engines in Charleston, SC, I reported aboard the U.S.S. Conflict, MSO-426, in July, 1964, in Pearl Harbor, Hawaii, as she returned to her home port in Long Beach, CA, from a tour in the Western Pacific. The Conflict, a wooden-hulled minesweeper with a crew of 66, would be my home for the next three years. My title was Engineering Officer, which meant I was in charge of repairs and maintenance when the ship was in port. The Chief Petty Officers ran the Engineering Department while we were underway, so I spent most of my time at sea standing bridge watches, “driving” the ship, and docking it. During a 13-month deployment to Viet Nam in 1965-66, we patrolled the coast of Viet Nam. For a half hour at a time I would maneuver our small, slow ship alongside a replenishment ship that was ten times our size and could make twice our speed, and we would take on fuel and supplies. Docking the ship between nests of three ships ahead and three ships astern is like parallel parking; the twin variable pitch propellers helped. Conning a “darkened” ship through the waters off the coast of South Viet Nam in a war zone in the middle of the night, with 80% of the crew asleep below, I was often aware of the tremendous responsibility placed on me at that young age.

After my stint in the Navy, I decided to become a criminal prosecutor. My first year in Law School (1967-68) was at California Western University, located on a cliff at the end of Point Loma in San Diego. It was difficult to study while gazing at the yachts, Navy ships and aircraft just off the coast, but I did well nevertheless. When I married Georgia Lloyd Jones (Scripps ‘ 63), she had a good job in her hometown of Tulsa as women’s editor and noon newscaster for the local CBS television station, so I transferred to the University of Tulsa. Her support, together with the money from the Navy, allowed me to complete law school as a full time student, graduating with a JD degree in 1970. During my senior year, I worked as an intern in the U.S. Attorney’s Office in Tulsa. Georgia and I began fulfilling our mutual love for travel with trips to Canada, the Caribbean, and Central and South America, as well as around the United States.

After law school, I took and passed the California Bar. Knowing there was a three-month wait for the results of the bar exam, Georgia and I went to Europe, and drove around in a new VW camper van that was delivered to us in Norway. After we returned from Europe I was sworn in as an Assistant U.S. Attorney in the Criminal Division in Los Angeles in February of 1971. Both of our daughters--Heather & Kelsi--were born in Inglewood, California, while I was working in Los Angeles and we were living in Playa Del Rey.

Georgia and I decided that Tulsa was a better place to raise our two young daughters, so in 1975 I transferred to the U.S. Attorney’s Office there. Between 1984 and 2001, I was the Chief of the Criminal Division, trying criminal cases and supervising twelve other Assistant U.S. Attorneys plus paralegals and secretaries. In 2001, Georgia and I talked my mother into moving from Newport Beach to Tulsa so that she could be nearer to us. I have recently joined the Rotary Club and, after careful research, I have purchased a 36-foot cruising sailboat that I keep in Newport Harbor in California. I have owned a variety of smaller sailboats, outboards, and ski boats, but owning this boat is the culmination of a life-long dream. I fly to Newport Beach about once every other month to sail, and Georgia and I will undoubtedly visit the boat when we come for the reunion.

By the time our two daughters graduated college -- one at Amherst, and one at Colorado College -- they had traveled with us to all 50 states and several foreign countries. Now we have two grandsons. Although Tulsa is inland, my love of the sea and of diving have taken me to the Caribbean islands, the Florida keys, the islands of Greece, the Hawaiian Islands, the Truk Atoll in the Pacific, and the Great Barrier Reef. I snorkeled and swam with hammerhead sharks and sea turtles among the Galapagos Islands. In 1997 I restored a 1961 Jaguar MK 2 sedan, which I drive to work a couple of days a week, and we go on outings with the Jaguar Club. Georgia is a charter board member of Tulsa’s professional ballet company, and enjoys occasional cameo character roles. 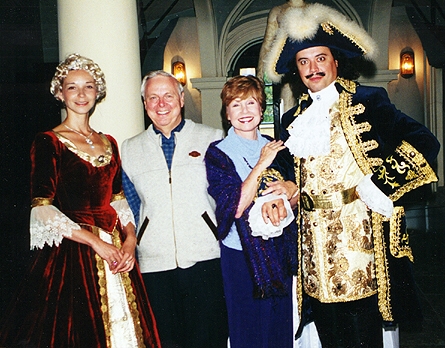 Ken and Georgia in St. Petersburg with “Peter the Great and Catherine”