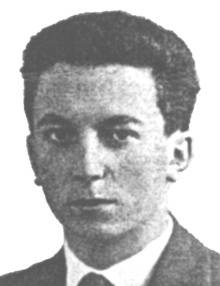 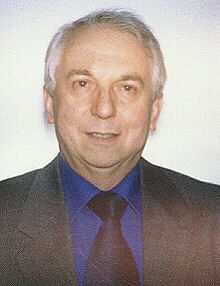 Thank you for getting in touch with me. I received your letter of January 15th only a couple of days ago and this is the unfortunate consequence of the terrible events of 9/11.

I don’t know if I belong to the class of ’62 or, for that matter, which class I belong to since I was in Pomona as a special student on a Fulbright grant only for the academic year ’61-62. That year was, however, fundamental in my life since it contributed to determine my professional future. After returning to Italy I completed my studies in Humanities (classical and modern literatures) at Torino University and for the past 40 years I have been teaching English at various academic levels. I have also translated British and American novels and essays into Italian (J. D. Salinger’s Franny and Zooey, Raise High the Roof Beam, Carpenters; Jane Austen; Conrad; Trollope, etc.) I am especially proud of being the editor of the only reference book on “The American Literary Civilization” published in Italy. It was originally intended as a companion volume to the Italian translation of the Columbia History of American Literature (1991) of which I translated several essays. I have also written a couple of textbooks (on English and American literature) for Italian schools and also collaborated with some of the leading publishing houses in my country.

Of Pomona I appreciated not only the academic excellence but also the friendly, relaxed atmosphere and the countless cultural opportunities (libraries, lectures, concerts, etc.) The late 50's and early 60's were difficult for an Italian young man; the country was just out of a terrible, unfortunate war and was slowly recovering. The opportunity of spending a year in a top academic institution in the U. S. and learning English first hand was almost incredible. We were still in the pre-jet age so that I travelled to New York by ship and from New York to L.A. by train! The human warmth and open mindedness I found in Pomona left an indelible trace in my personality and (without sounding rhetorical) made me a steadfast friend of the U. S. for the rest of my life. Unfortunately most of my professors have died in recent years. I particularly remember Dean Beatty whose almost Mediterranean outgoingness and penchant for gesticulating made him unique; I also remember Dean Wheaton, Dean Strathmann, Mr. Holmes (my excellent teacher of American lit.), and Mr. Jones whose course on “The Philosophical Poets” was really outstanding. I remember them with reverence because they gave a real contribution to my human and cultural development and I have often wished to have left the same memory in some of my students.

I have been married for almost 30 years to Giovanna who is a speech therapist and we have two children: Felicita, 24, who is a law student, and Pietro, 21, who is studying organ and composition at the conservatory, besides being a student of humanities, attending the second year of university. I have been back to the U. S. since 1962 but not to Pomona, and I regret being unable to attend the class reunion which will certainly be a huge success. I include a photocopy of a page of the 1961 booklet of P. C. entering students and a recent photograph.

Please forgive me if I don’t avail myself of modern technology but in spite of my years of editorial work I still prefer using an old fashioned pen.