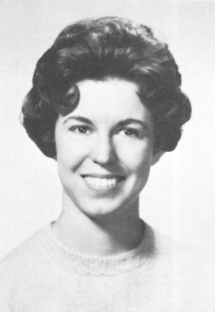 It ’s hard to believe what a lucky, happy life I have had! I wonder what will be the headline on my obituary — “He lived in interesting times ” or “He couldn’t hold a job!” Whatever it might be, I’ve enjoyed it all — though sometimes not while it was happening. After graduation, I went off to Oxford, studied law, got married to Sharon Reimers (and we are still deliriously happily married nearly 39 years later), came back to Yale Law School, then practiced law in Cleveland for 4 years, finally deciding that law practice wasn’t for me. We moved to Washington DC in 1971 and have lived here ever since. In time, two children arrived (Ben, now 31 is a bike messenger in San Francisco; Carrie, 27 years old, works at a dot com there).

I worked for 15 years in various environmental organizations (Environmental Law Institute, The Conservation Foundation, and World Wildlife Fund); wrote or co-authored four books on energy conservation, traveled around the country and the world writing and lecturing on energy conservation. Then in 1985, I became the Executive Director of the League of Women Voters of the United States (I used to say my card should read, “The Boy ”). I left that position, served as Executive Vice President of The Wilderness Society, and led New York City’s Libraries for the Future in its start up phase. I also continue to serve on many not-for-profit boards — Sidwell Friends School, Scientists’ Institute for Public Interest, INFORM, and Sexuality Information and Education Council of the U.S., among others. Deftly changing careers yet again, for the past ten years I have had an enormously satisfying practice as an executive coach, working with CEOs of Fortune 500 companies to help them with their work and lives.

Meanwhile, I became a Quaker and have been quite active in my meeting, Friends Meeting of Washington, including serving as Clerk of the Meeting for a total of ten years. Coming from a family where religion played little or no part in our lives, it surprises me to find how important Quaker faith is in my life — perhaps particularly in the challenging times in which we now live.

Equally surprising was my growing understanding over the 1970s and 1980s that I was gay. Many people are startled to realize that Sharon and I are still married, still madly in love, and still devoted life partners. But we are.

We travel (two months in Western Australia last year, Africa this year), remember John Gleason and Peggy Davies in the History Department fondly, and wait expectantly for what ’s next. Sharon joins me in saying “Hello ” to friends and classmates — wish we could be there with you.