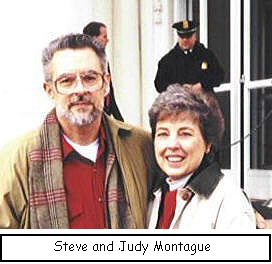 Forty-four years ago we received our first college homework assignment — before we had even gotten to school. Over the next four years I had an opportunity to explore a wide variety of things the previous total introvert wouldn’t have conceived.

After graduation I resolved to explore the rumors that there was a world east of the Sierra Nevada. Forty years later that exploration is proceeding well. (I have also periodically checked that there is still a state of California. It appears to still be there, between the states of Confusion and Despair.) Along the way I have had two careers — college mathematics teaching and aerospace engineering — and lived in six different states. Last year I took my first step toward confirming the existence of worlds across the ocean.

Through those years I have been married twice, currently to Judy in 1998. I have two sons by my first marriage, and she has a son and two daughters from her first marriage. She has three grandsons from her two older children, one born earlier this year. My older son is running a used book store in Denver and preparing to be married next fall. My younger son was married briefly and is now completing his doctorate in Osteopathic medicine. Judy is a retired teacher, having taught for 21 years in Arkansas, Texas, Louisiana, and Germany.

At this point I am looking toward a life after retirement, which I expect to enter sometime in the next couple of years. I resolved several years ago to make sure that when I retired, I would be retiring to something, not from something. I have been involved in duplicate bridge for several years now. I have gotten involved in several forms of wood crafting. (My crafting activities cannot hold a candle to Judy’s, however. She has become very skilled in several crafts — notably rug hooking, calligraphy, and tole painting.) I want to look back at some areas of mathematics that I found interesting in graduate school, and I would like to see more of the world, both domestic (I am missing 5 states) and international.

For the present, we are sculpting the house we bought last summer to fit our tastes and enjoying life. New wife, new house, new dog, new grandson — got to say life is going pretty well. Judy and I hope to see/meet many of you in Claremont in May.