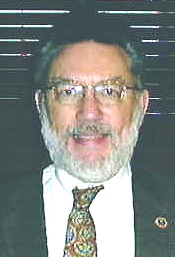 I currently live in a condominium apartment in Washington, DC. The building was completed in 1918.

I have not been to a reunion, or in fact visited the campus, since I graduated in 1962.

I entered Pomona as a freshman in the fall of 1958, rooming for the first year with Donald Hornaday. We lived right on the street at the end of Walker Hall, in what was formerly some sort of office. The crowning achievement of my first year was being photographed walking to Frary while reading The Wall Street Journal. The picture appeared in the 1959 Pomona catalog.

The remaining three years I lived at 104 N Clark, and my roommate all three years was Fred Hlawatsch. We wore out three sets of suite mates. I majored in math, and goofed off far too much, as I would learn later.

My favorite teacher was Ken Cooke, who apparently saw something in me which I certainly did not see in myself. I also treasured my time with Profs Tolsted and Hamilton.

My biggest shock at Pomona was election to Phi Beta Kappa, which I certainly had not expected.

After all these years I suppose the gates still hold meaning for me. I was not at all sure of the reason for a liberal arts education for a long time. It took more than 20 years for me to understand that a general knowledge of human endeavor might be useful in some specific ways. As I have continued to grow through the years I have discovered that my thinking continues to be influenced by Pomona, where I learned to think without ever really wanting to do so. At least I was insulated from some of the crazier ideas which have circulated around the world in the past 40 years. Knowing some history and some philosophy is good protection when you can say to a new idea “been there, done that.”

On graduation I went to my US Army service, spending two years as a 2nd/1st Lieutenant in the Quartermaster Corps, stationed at Governors’ Island, NY.

I attended the University of Maryland, where I finally finished my Ph.D. in 1983. My thesis was on knot polynomials, as I had figured out a new way to compute them quickly, and related them to some work of the mathematician J H Conway.

I married my late wife, Carole Leslie Witt, in 1966. She passed away on February 12, 2001. Carole was from the Eastern Shore, having grown up in Salisbury, MD. Carole was a writer, but did not live long enough to get any of her work published. Ill health dogged her most of her life.

I began teaching, beginning with a year in a Home for Unwed Mothers. I then went to work at a Catholic school. After three years there I went to work for a year at a Lutheran school.

After a year I went to a preppie boys’ school in suburban Maryland, where I taught for 9 years. Then it was off to a Jewish school for five years. I am now with the District of Columbia Public Schools, working in a Junior High School in the District’s inner city.

I suppose my proudest moment since graduation was getting my doctorate in 1983. It had been so long that it was a question of whether my advisor would retire to Florida first or whether I would finish first. His requirements were very simple: it had to be original, ground-breaking, significant, and right.

Close to the doctorate, however, would be my National Board certification. I am a National Board Certified Teacher, one of about 16,000 in the country.