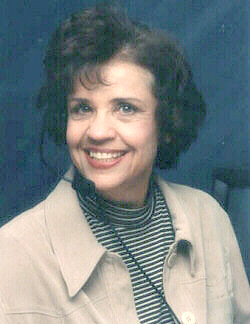 I never dreamed when I left Pomona of the turns my life would take -- the really rough spots and the absolutely wonderful places on the journey.

In June, 1964, with a general secondary credential in hand, I married David Loring ’64. While he studied at Stanford Law School, I taught Social Science and Government. Between the second and third year we spent eighty-two days driving through Europe in our VW station wagon, using our tent at times and always our Europe on Five Dollars a Day as our guide. After his graduation it was off to Costa Rica, but a few months later came the end to the marriage and my return to teaching at the same high school. Two years later I left for Washington, DC, worked for a Congressman for three years, remarried, and after the birth of the first of three, it was off to Nicaragua. This was the beginning my husband, Bill’s, career with the Agency for International Development (USAID) and my life as a Foreign Service wife. My son, Desi, was born in Nicaragua under natural conditions, when an earthquake that killed 10,000 left the hospital in Managua in shambles. This was one of my many unique experiences while living in underdeveloped countries. After a stint in DC we were off to Panama for eight years, a great place to raise a young family. Panama meant teaching English, owning horses, and boating and fishing on Lake Gatun and the Pacific Ocean. I helped establish the International School, serving on its Board of Directors. It was stressful living there during a period of great civil unrest, with tear gas, unruly demonstrations, riot police, driving through fire barricades, and participating in demonstrations where probably I should not have been. Back in DC for two years, I sold real estate until the market tanked. It was off to Jamaica to travel internationally with my son’s performing arts troupe. After four years in Kingston, the nest emptied, the marriage was in trouble, and I yearned to go back to school. My own situation and my close involvement with poor but amazingly talented, hard-working Jamaican youth led me to graduate study in marriage and family therapy in South Florida, and later to my work in life coaching (http://www.createopts.com/). My internship in a residential substance abuse rehabilitation program in a Miami hospital was intense but gratifying. I was in graduate school when Bill moved on to Indonesia, but I managed a couple of trips and a four-month stay in that part of the world. Receiving that graduate degree in my late fifties was a true accomplishment, as I had persevered to fulfill a long-held dream. A few months after graduation I was in the D C Victorian townhouse we had lovingly restored. When we sold it last June, I had resided there a total of six out of the twenty-five years we owned it. After a few months in Miami, I am in Huntsville, Alabama. My career as a therapist stalled, and given the realities of managed care, I have put coaching on the back burner. I am building an upscale boarding and training facility for dogs near Huntsville, the plan being that my youngest son will eventually manage the business.

I have been to remote and beautiful places that most people don’t know exist, especially the jungles and beaches of Central America. Travel in both Europe and Asia have been wonderful, including trips to celebrate two children’s graduations from high school in Switzerland. Great memories include sitting in the control tower of the Panama Canal to operate the locks and control the water level, visiting Bali twice, snorkeling through beautiful aquariums, exploring a sunken ship in the San Blas Islands, and taking the little-known small gauge railroad from Limon, Costa Rica, through the jungle to the Standard Fruit banana plantation. I spent last Christmas in beautiful Dubrovnik on the Adriatic Sea with my daughter and husband, so my passion for travel continues to be appeased. I have met the rich, successful, prominent, arrogant, and powerful abroad, as well as the very poor, uneducated, plain and simple, down-to-earth, extremely hard working, and humble. I have thrived on the diversity and grown as a person because of these experiences, relationships, and friendships. I have had a behind-the-scenes ringside seat for events that folks back home were only reading about.

It is my family, close relationships, and integrity that I deem most precious. My priorities are staying physically and mentally healthy and flexible, continuing to learn and grow, and enjoying my family. Damon, the youngest, is still in college in Miami. Allison, the oldest, is hanging in there in Silicon Valley. Desi has just moved to Santa Fe and is in transition. While Bill is working hard in Montenegro, I am “home alone” with four dogs and two cats to keep me amused. I wait patiently for at least one child to marry and eventually bring grandchildren.

We all know of Pomona’s excellent reputation, but I realize it is what is behind the reputation that counts. I feel fortunate that my undergraduate years were not spent in a training curriculum that ended only in a narrow degree. I majored in sociology, but it was courses in philosophy, history, literature, and government that have proven priceless. My Pomona education has been a huge influence on how I approach and analyze things, and what I value, thus, how I live my life. The day we walked away from Pomona we didn’t really understand all this; we were thinking about the future. But later on we know we are some of the fortunate few in this day and age who have been truly educated. It looks as though you all, my fellow classmates, have put your Pomona education to good use and made a difference, and I look forward to seeing you all soon. 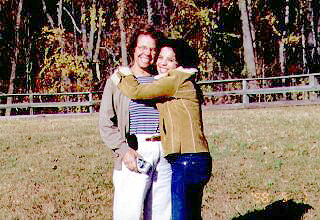 Tondria and her daughter, Allie in Washington DC 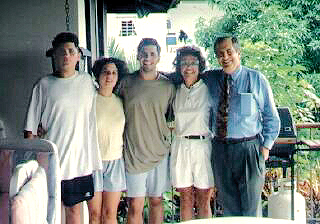 Tondria and family in Jamaica