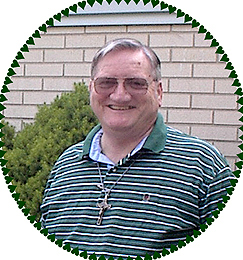 Forty years is a long times past for any of us to recall with clarity the wonderful day-to-day events of our very full yet sheltered college days. The Korean Conflict was but a memory and Vietnam was something we only heard about as ROTC Seniors shortly before graduation. A few of us were beginning to experiment with things that would change us all – for better or worse. The word “Hippie” crept into our vocabulary and frat parties were more important than sports anytime. A Benedix G-15D computer occupied much of an air conditioned room in the Math Department and the punch tape it spewed out was a wonder as we watch the large tape reels whirl. As freshmen we returned to our rooms with some trepidation lest we find them relocated to the courtyard, sewn together with thread or filled to the ceiling with crumpled newspapers. Water balloon fights were just another way of letting off steam – as were the so-called “panty raids” which never really got out of hand but were fledging attempts to show our manhood. There were some of us foolish enough to think we could go and set off the Oxy Football bonfire early – and were there to watch Caltech do just that but without the penalty incurred by those unfortunate few who were captured by the “enemy”. Horrors! Shades of shaved heads, honey and feathers. Ugh!

Yes, we each have many memories that keep surfacing of those delightful, long ago days shared with many friends who are likewise long gone. Bob Purington, Andy Fesler and so many other classmates of ours have gone on before us whose names we have trouble recalling – or even spelling correctly. As I look back on my enjoyable ROTC years little then did I know that I would spend 27 years in the Army rising to the rank of Colonel serving overseas in such diverse places as Germany, Hong Kong, Vietnam and Panama. The years in Vietnam stripped us of our crusader fervor as the world changed in ways we never expected – as did we. Having your own men try to kill you with a grenade is certainly cause for introspection (not to mention prayer!). In Panama, dinner with Noriega was a most (un) forgettable event while the “Brits” in Hong Kong became wonderful friends and colleagues. From the vantage point of the Executive Office of the President and later the Department of State, I had the pleasure of being at the center of the longest US negotiations then ongoing, those with Micronesia. Those negotiations with the (former) Trust Territory of the Pacific Islands brought about something new in international law: a Compact of Free Association with those Micronesia entities that the United States defends as if they were US citizens while yet preserving their independence. Traveling to Micronesia was always a pleasure as was meeting with these marvelous people who have managed to retain their identity in spite of all (and even if the Republic of the Marshall Islands “kicked out” the US Delegation I led there in 1986!).

On the home front like most of you I became a father (of three) and later a grandfather (also of three). Thanks to a woefully bad back I am now fully retired (both from the Army and also a second, 10-year career with the Pentagon Federal Credit Union) and will apply next month for Social Security to start in May (I guess that makes me officially a [dirty] old man!). I look back on the more than 15 military and civilian years I spent inside the Pentagon and am profoundly grateful that I wasn’t there on that fateful day last September as were so many of my friends and colleagues. Like all the experiences in our lives it has molded us in ways we never expected – as did our years at Pomona.

As I look back on the Pomona experience, I treasure what we shared; I pray that all of us may come to understand the desire of our founding fathers who gave us the motto (and challenge): Pomona College: Our Tribute to Christian Civilization.